Mentor Line up subject to change 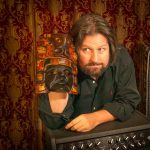 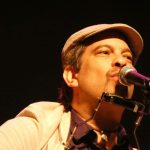 When you hear about the music of a guitar virtuoso with a doctorate in philosophy, who cut his musical teeth performing and collaborating with singer-songwriter Al Stewart (“Year of the Cat”), you know you will be getting something different. In a career that has spanned a dozen albums and thousands of shows ranging from living room concerts to the Royal Albert Hall, Dave Nachmanoff has built a loyal fan base and a unique niche as a performer and songwriter.

Touring, accompanying, and recording with his songwriting hero, Al Stewart, for over 15 years gave Dave the chance to get his own music out in front of tens of thousands of people and gained him international exposure and recognition. Over the years, he has shared the stage with a long list of legends of the folk and rock music worlds, including the likes of Alison Krauss, Steve Forbert, Firefall, John Wesley Harding, and blues legend Libba “Freight Train” Cotten (when he was ten years old). Dave continues to record and tour, playing well over a hundred shows a year in listening rooms, private house concerts, and at other events.

When not on tour, Dave Nachmanoff is busy producing for other artists, teaching master classes around the US and working in his unique niche of writing and recording custom songs. davenach.com 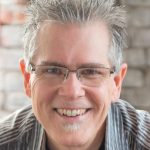 Fett is an independent music producer and engineer, author, music career coach, co-founder of the Azalea Music Group in Nashville, and recording/mixing engineer for the 2015 Australian #1 Album: Jason Owen’s Friday Night. He is the author of the popular book “Fett’s Mixing Roadmap: A Step-by-step Guide To Mixing Music In The Studio”, host of EmpoweringWomenInAudio.com and teacher of hands-on recording and production clinics for women. He is the former Technology Editor for Performing Songwriter magazine, and occasional journalist for CMA Close Up, Drum! and Keyboard magazines. Fett’s diverse list of clients includes Davy Jones of the Monkees, Grammy-winning songwriter Don Henry, and international guitar virtuosos Tommy Emmanuel and Muriel Anderson. 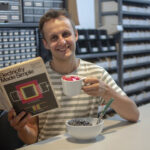 Peterson Goodwyn wants every musician and audio engineer to know how to build, tweak, and repair their own gear. He founded DIY Recording Equipment (DIYRE) in 2010 as a wiki to catalog the world of DIY pro audio. He now conducts workshops, publishes how-to content, and designs DIY kits for DIYRE. In 2014, DIYRE launched the open-source Colour platform for modular, analog signal-processing. Since then, Colour products have found their way into thousands of studios and dozens of designers and have contributed designs to the format. DIYRE’s most recent release is the G Bus VCA Compressor, which attendees will have the opportunity to build at the retreat. 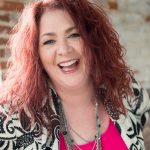 Nancy Moran is an independent, folk-rock/Americana singer/songwriter who has been singing and performing professionally for over 25 years at notable folk clubs, performing arts centers, house concerts and festivals across the U.S. With four solo albums to her credit, The Richmond (VA) Times-Dispatch called her “a [modern-day] Joni Mitchell” as well as “a major force to be reckoned with.”

From 2005-2012 she also toured as a member of The Four Bitchin’ Babes, an all-female group nationally renowned for their 4-part vocal harmonies and highly entertaining and comedic performances.

As co-founder of Azalea Music Group she teaches musicians, singer/songwriters, indie artists, and other music-moguls-in-training how to get out of their own way so they can get their music out of their basement and into the world at large where it can make a difference.  She specializes in working with the not-quite-mainstream and those “second-timers” coming back to music after a long hiatus. But she’s also been known to work with actors, writers, storytellers, and other creatives because the principles of pursuing a creative life are often the same regardless of the medium. musicmogulcoaching.com